Samsung Galaxy S5’s Data and Wifi On At Same Time

I’ve had a problem with my Samsung Galaxy S5’s Data and Wifi On At Same Time For the past few weeks. It appeared that the 4g/lte data was not transferring anything as the arrows were not lighting up but my battery was dying a lot quicker than normal so it meant i had to charge it every day. I looked at my battery usage in the Android settings but this was no help as it was the Android OS/Android System using most the battery. I trawled the internet to look for suggestions and came across a few suggesting that some American cell phone carriers installed software that was causing this but the software could be uninstalled. Not having an American phone i decided to investigate further by installing an app called Onavo that monitors data usage. I installed this and let it run for a few days to gather some data.

I uninstalled some apps and “Force stopped” others which i could not uninstall. In some cases the data connection disappeared briefly but it unfortunately came back again.

I was starting to give up and was hesitant that i would have to do a factory reset but then out of the blue I had a thought….

I remembered that MMS works over data connections and this was a setting that i had never configured in my phone. I bought the phone sim free and my carrier does not provide this information unless i key it in manually. I also remembered that Android likes to convert long text messages into MMS messages.

I started trawling through my messages to any contacts that i may have sent a long message to. Low and behold i found a spinning circle next to a message which had failed to send and looked like it was persistently trying to send it but failing. 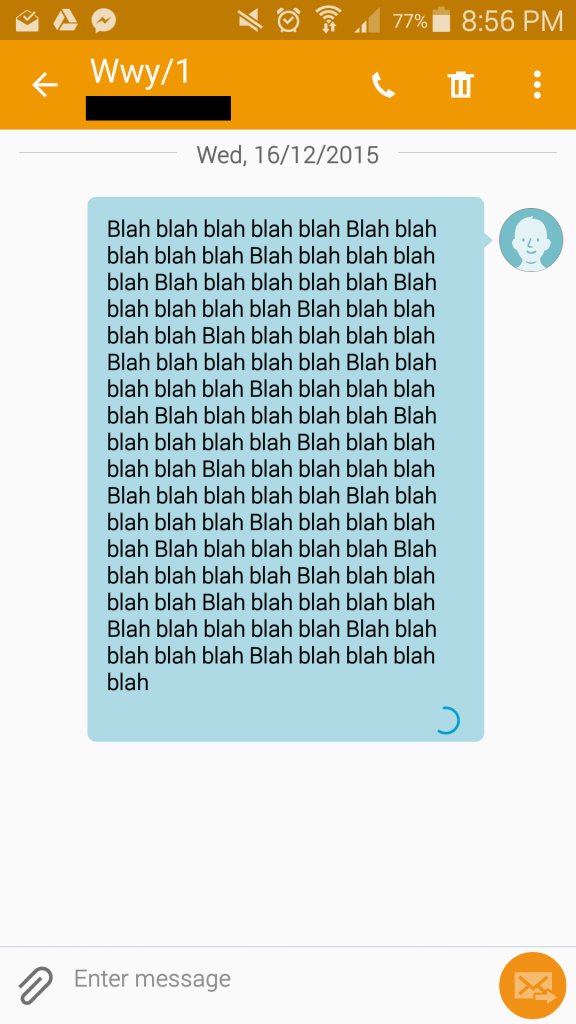 I binned off the message and the data connection didn’t go away. Perhaps the phone had the message stored in a cache or outbox. I decided to restart my phone and after restarting the connection dissapeared! Thankfully i did not have to do a factory reset and hopefully will save someone else with the same problem.