My Nexus 7 was playing up before travelling and sod’s law the first flight i got on towards America the screen gave up working completely. While i was away i took my tablet to be repaired by this guy in Cusco. He tried his best but said i needed a new screen which unfortunately he was unable to source quickly in Peru. He returned the tablet to me and left the language in Spanish without me realising. After returning home and seeing the extortionate prices to pay someone else to repair the tablet i decided to try and fix it myself. Only after replacing the screen i realised that i needed to Change The Android Language Setting On Nexus 7 2013. This is simple if you speak the other language but unfortunately after four months in South America my Spanish is still not up to scratch so i decided to write this article to help anyone in a similar situation. My Nexus 7 is currently on Android Marshmallow version 6.0.1 but it should be similar on other versions also.

How To Change The Android Language Setting On Nexus 7 2013 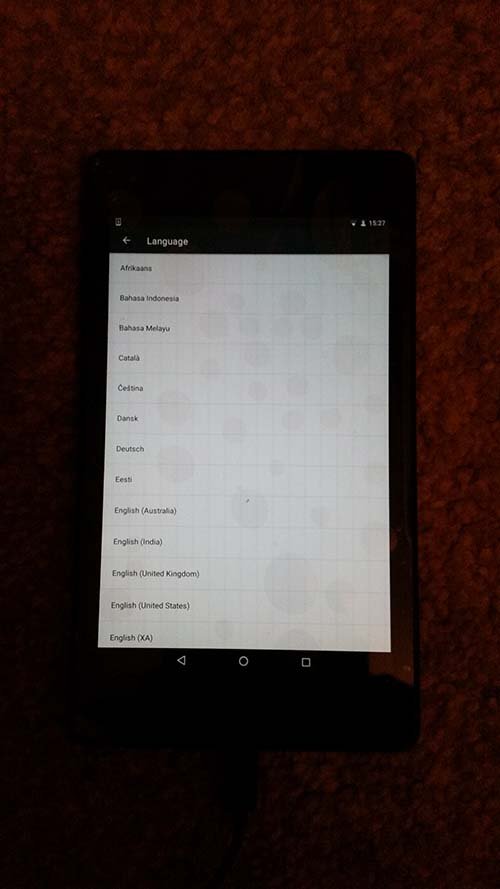 If you have any questions or found the layout was slightly different in another language then please comment below and I will update this post.

Also as the guy repairing it was trying to diagnose issues with the display he had also enabled a setting which left trailing lines when touching it which i explain how to remove in my other article.