I have had a problem with Android Apps Not Installing for awhile specifically with those from the Amazon Underground/Amazon Appstore but is also an issue if i try to install apps from an unknown source and install the .apk file directly.  The strange thing was that the app would download successfully on the amazon underground store but then wouldn’t install.

I realised it was due to a 3rd party app i had installed called Twilight. If you don’t know what Twilight is, its basically a great app which is meant to reduce the omission of blue light at night on your tablet. The reason for doing so is that research suggests exposure to blue light before bed can cause you to take longer to fall asleep. The way the app reduces the blue light is by putting a red filter over your screen. This filter in turn must be placing a layer over the below box where you would press install. 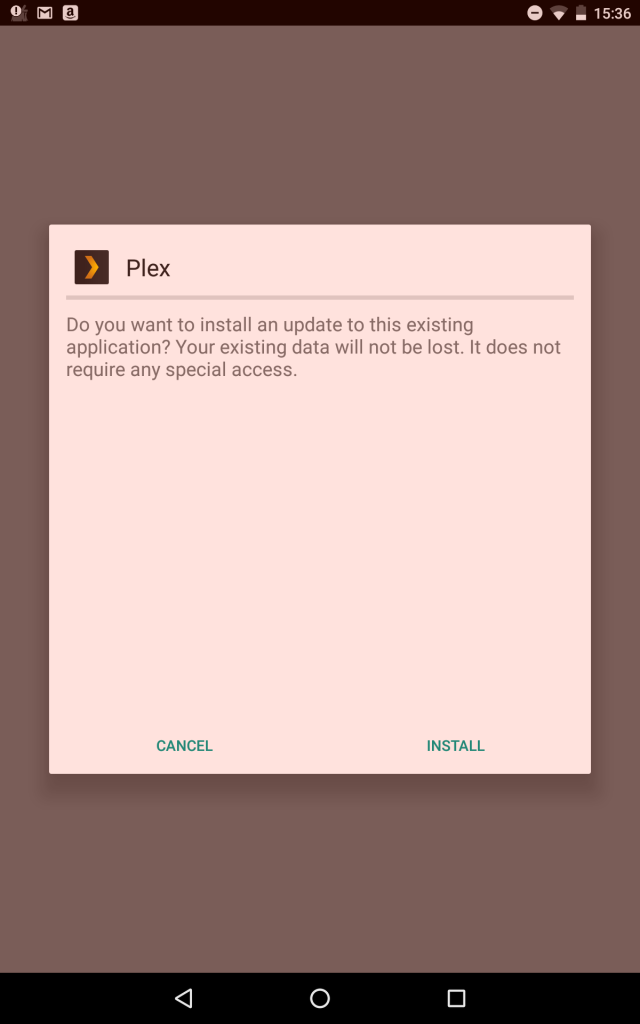 The Fix for Android Apps Not Installing

Pull down the top menu down and hit the pause button as shown below.

This will remove the filter and you should be good to install your 3rd party apps. After installing your apps you can pull the menu down again and reactivate the filter so your not kept awake at night. Unfortunately this issue occurs even when it is not night, so your screen may not appear red but the filter layer will still be applied over the top.

I’m not sure if this is an issue that Twilight or Android needs to address but till either of them do hopefully this will sort you out. I’m sure there are also a hundred other reasons why android apps wont install so if you know of any then please feel free to share them in the comments below.